Children and the Moon 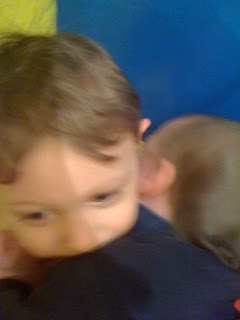 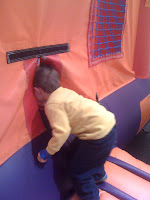 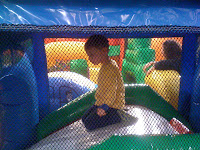 Today was Byron's friend Eli's second birthday party. (that's ELi hugging Byron above) They spent a few hours this afternoon at their favorite jumping place at the mall.

After the party we had a long walk back to the car in the bitter cold.  The wind chill this afternoon was -5.  When the boys got into the backseat they were both shivering.  All of a sudden Eli saw the rising moon.  Eli loves the moon even more than Byron.  Eli shouted "Moon!" and then shivered, "cold".  Byron saw the moon - "Moon!" he shouted and then like Eli  said "cold".  Back and forth they said "MOON!" and then in small voices "cold"   "MOON!"  "cold" "MOON!" "cold".    All the way home the moon peeked out from behind trees and buildings and they would find it with great delight and shout "MOON!"  (by this time the car was warm so "cold" had dropped out. )

I asked Eli's mom if he had always loved the moon and she said he absolutely LOVES the moon.  In the summer he would watch it from his crib as he was falling asleep.  Byron loves the moon too, loves the book "Goodnight Moon" and will always point the moon out to us, long before we have noticed it ourselves.

Why do children love the moon?    Maybe because they love magic, they love things that glow and the moon is both.  It's light is soft and inviting, gentler than the sun, and more tender than the stars.  It seems to move, disappear and reappear, it seems to wink and even smile.   Or perhaps it's more mystical than that.  The moon has power, power even to pull on the tides.  The crescent moon itself is worn by Lord Shiva, and He is sometimes called Chandreshwara, the Lord of the Moon.  And in meditation we can see the effulgent inner moon light, subtle and soft or blazing bright.  Perhaps children, who are so in touch with the mystical, can sense this moon power.

Byron sleeps each night to the mantra "Om Namah Shivaya", a hymn to the inner Lord Shiva, as it plays quietly under that soft, gentle, wonderful moon. 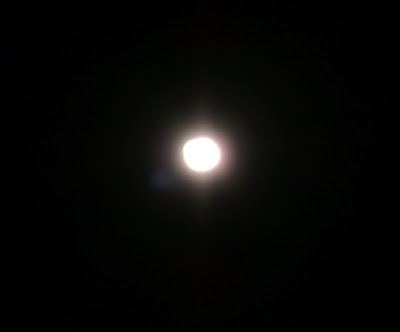 Moon, so round and yellow,
Looking from on high,
How I love to see you
Shining in the sky.
Oft and oft I wonder,
When I see you there,
How they get to light you,
Hanging in the air;
Where you go at morning,
When the night is past,
And the sun comes peeping
O'er the hills at last.
Sometimes
I will watch you
Slyly overhead,
When you think I'm sleeping
Snugly in my bed. - Author Unknown
By Denise Thomas Pratt - January 28, 2010 2 comments: 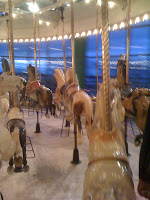 Byron's Botox shots went so well!  He only cried a little bit and was so cooperative and gentle.  As the doctor was leaving after administering the shots, Byron said with a big smile "Thank you Doctor!"  Byron's doctor was very touched.

The botox will take effect in 3 - 5 days and there should be a noticeable relaxation in the arm. 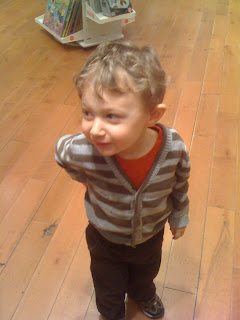 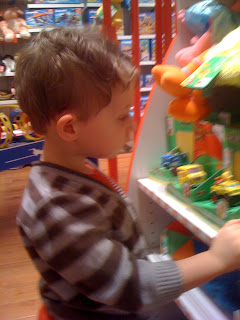 I'm sure what Byron really remembers of the day was the ride in the carousel, the trip to the toy store and the Ice Cream!  All in all a great day.
By Denise Thomas Pratt - January 25, 2010 No comments:

When I first heard Byron's doctor recommend that he have botox injections. my reaction was "HUH??!"  It was explained to me that the spasticity in the muscles of his left arm was inhibiting the freedom of movement in his hand and was possibly interfering with the bone growth as well.   The doctor's note said "When injected directly into a spastic tight muscle, the Botox is absorbed into the nerve, which stops sending signals to the muscle near the injection site."  It lasts about 6-9 months, and if it works, they will do it again.

Byron's arm will be spread with anesthetic cream an hour before the procedure thus deadening some of the pain.  Unlike cosmetic botox, these shots will be painful.  Ugh!

We will be joined on the trip to Syracuse by our neighbor and friend Heather and her two year old son Eli.  Eli and Byron are really sweet friends.  After the shots we will go to the mall for a ride on the Carousel.
By Denise Thomas Pratt - January 25, 2010 No comments:

First Day of School - So Far So Good!

Bob and I took Byron to school this morning.  He seemed very excited.  When we got there he went right to the toys to play.  His teacher, a wonderful woman named Liz, gave him special attention and played with him one on one.  I stayed in the background to watch but it became apparent that he was not interested in whether I was there or not so I snuck out - yeah!   At daycare he wouldn't let me leave and there was always some crying but not here.  So far so good! 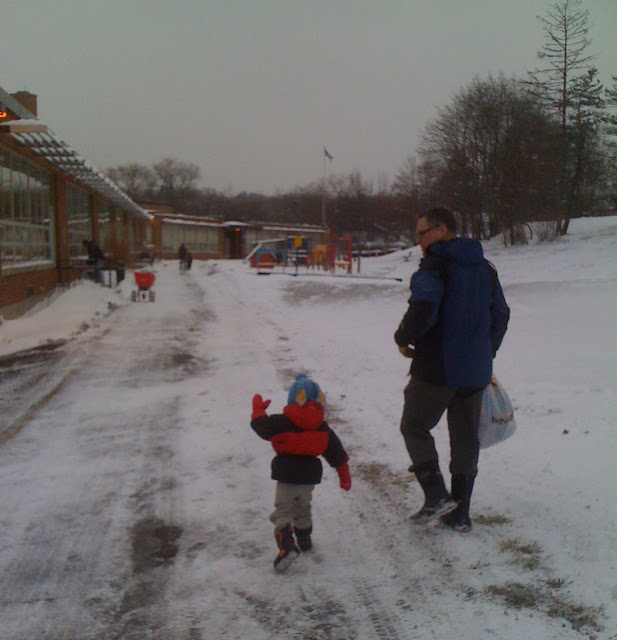 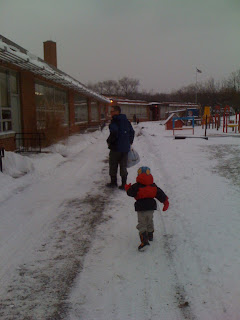 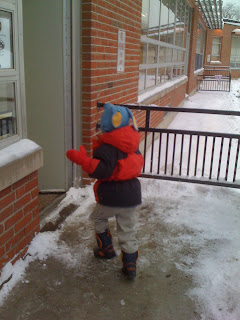 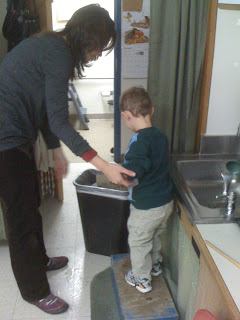 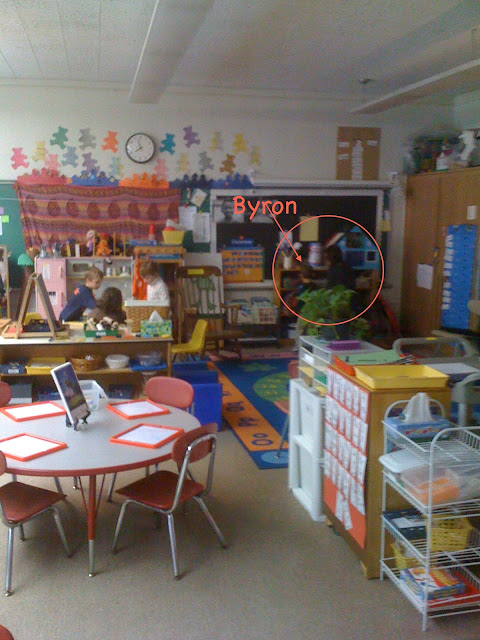 Tomorrow Byron begins his life as a student. He's 2 years and 9 months and he will be starting at the local elementary school pre-school program.  The class has 7 special needs kids and 7 typical kids.

Tonight I revisited two videos we made when milestones seemed far away and the future was so uncertain.  The first one has received over 1,600 views and the second almost a thousand.  Many people with CP and those who love them wrote in to comment.    I think I've shared them here before but here they are again!


Good luck tomorrow Byron -
we are cheering for you!
By Denise Thomas Pratt - January 03, 2010 No comments: